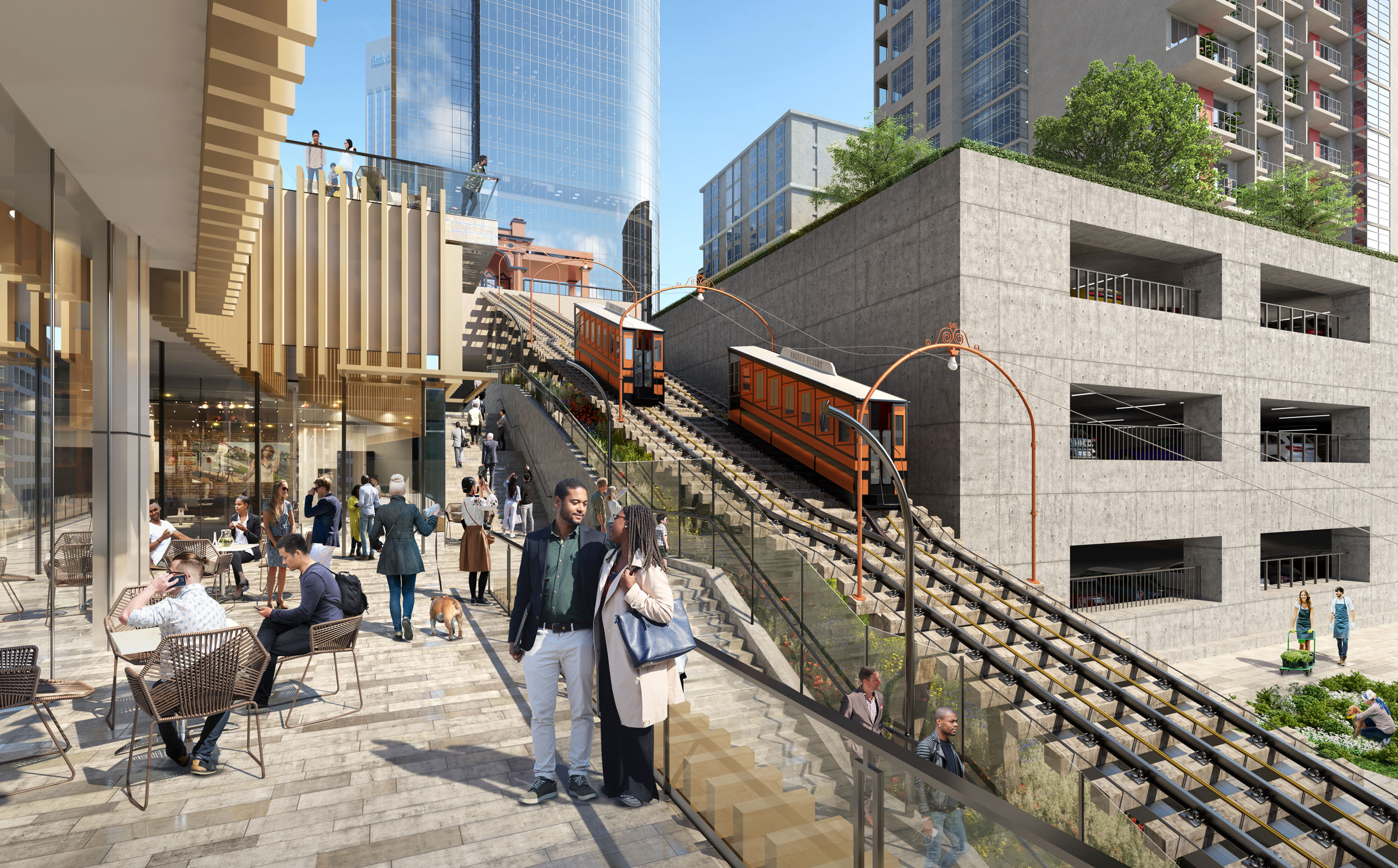 Hal Bastian, president, Angels Flight® Railway Foundation, wrote in a letter to L.A. City Planning Department leaders, “We support the Angels Landing project and urge the city to approve it. The Angels Flight® Railway Foundation will be a next-door neighbor to the project which will provide certain community benefits to the Railway, including being respectful of vistas of the Railway from multiple points on and around the project.”

Victor MacFarlane, president and CEO, MacFarlane Partners and R. Donahue Peebles, president and CEO, The Peebles Corporation – principals of Angels Landing Partners, LLC – said, “We are grateful to have the strong support for our Angels Landing hotel development project by the Angels Flight® Railway Foundation Board of Directors, leadership and members. We believe the anticipated flow of Angels Landing’s hotel guests and Angels Landing Plaza’s visitors will be of benefit to the railway’s daily operations. We’re pleased the Angels Flight® Railway Foundation shares our belief.”

Angels Landing is comprised of two towers, each to be anchored by its own five-star hotel. The development will feature Angels Landing Plaza, an expansive, pedestrian-centered, transit-adjacent, modern urban park in the heart of downtown L.A.