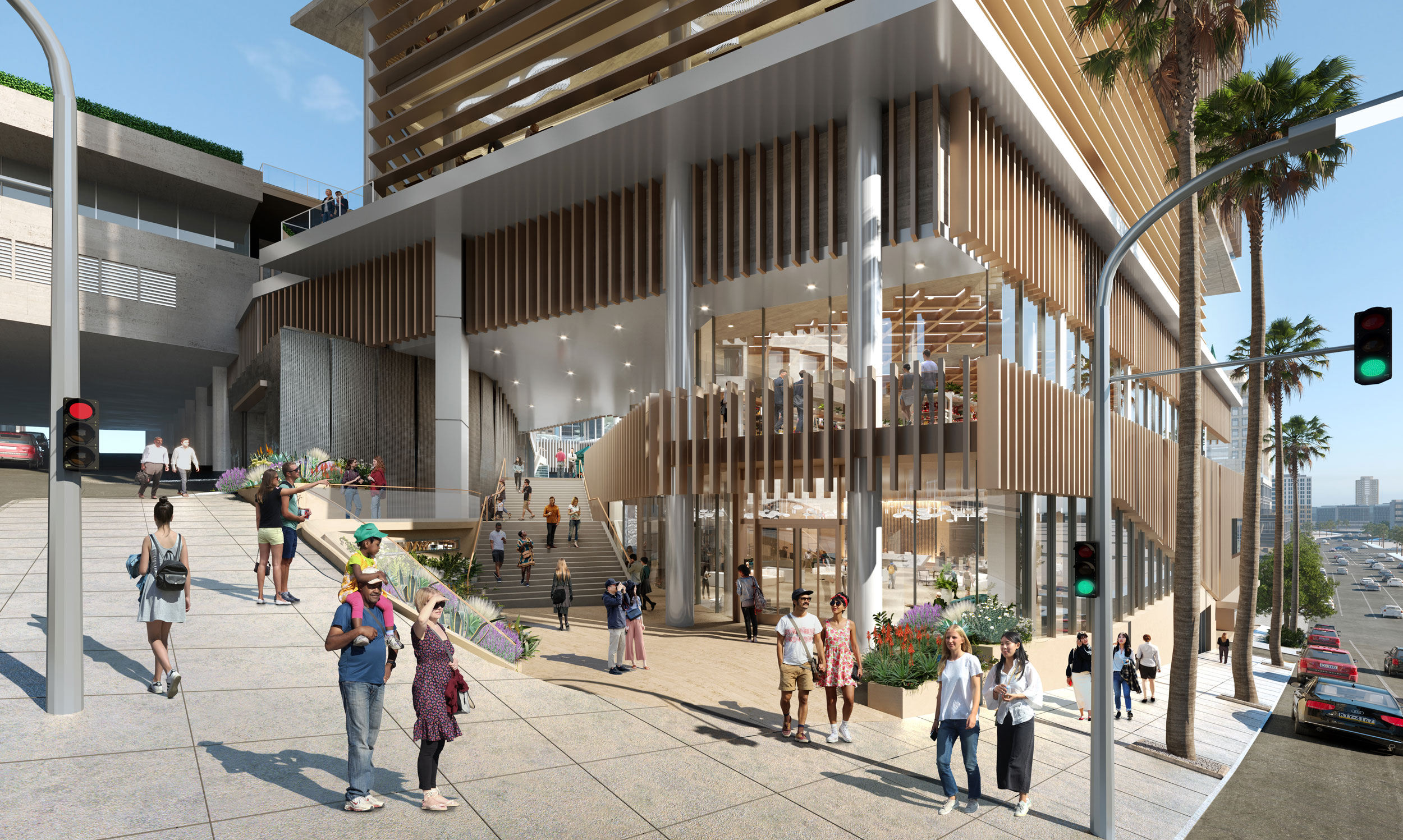 Doane Liu, executive director, Los Angeles Tourism and Convention Development Department wrote in a June 9, 2021 letter to members of the L.A. City Council’s Economic Development and Jobs Committee, “The Angels Landing project contains two hotels that would deliver up to 515 rooms, which would improve the city’s hotel stock and be consistent with the goals of the city’s [recently completed] Tourism Master Plan.”

“Hotels are essential providers of high-quality jobs and account for a substantial part of the workforce in Los Angeles County. These entry level, well-paying jobs lead to careers and economic stability. The other mixed-use elements of the project, including affordable and market-rate housing and a variety of quality retail and restaurant uses, make the [Angels Landing] project site an attractive destination for visitors and residents of the city,” Mr. Liu wrote.

Victor MacFarlane, president and CEO, MacFarlane Partners and a principal partner of Angels Landing Partners, LLC, said, “We greatly appreciate the support for Angels Landing that has been keenly expressed by the L.A. City Department of Tourism and Convention Development and its astute and capable leader, Doane Liu. We share his view that Angels Landing will be a positive asset as the City of L.A. seeks to implement its Tourism Master Plan.”

R. Donahue Peebles, president and CEO, The Peebles Corporation and a principal partner of Angels Landing Partners, LLC, said “Angels Landing will create new jobs and, with our commitment to achieve 30% minority and women owned business contracting participation, we know Angels Landing will deliver desired levels of diversity and inclusion to the city’s hospitality industry and the expansive services sector that supports the local hotel industry.”

Angels Landing is comprised of two towers, each to be anchored by its own five-star hotel. The development will feature Angels Landing Plaza, an expansive, pedestrian-centered, transit-adjacent, modern urban park in the heart of downtown L.A.

According to an analysis prepared by BJH Advisors, LLC., more than 8,300 new jobs will be created during Angels Landing’s project design and construction. The New York City-based firm’s report estimates Angels Landing would additionally create more than 800 permanent jobs in downtown L.A. An estimated 500 jobs would be created by vendors in the L.A. County region providing goods and services to the two luxury hotels.