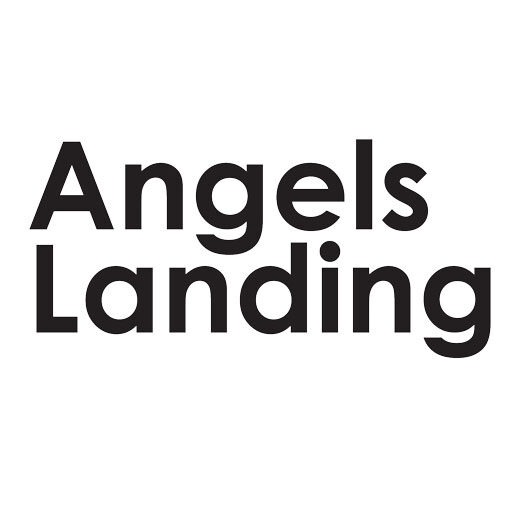 Black real estate developers behind the proposed $1.6-billion Angels Landing project in downtown Los Angeles said that they refuse to continue working with City Councilman Kevin De León, in light of the secretly taped racist conversation he took part in, saying they now fear he holds a racial bias against them and has been stalling city approvals.

In a letter to then-acting Council President Mitch O’Farrell Friday, two of the country’s most prominent Black builders, Victor MacFarlane and R. Donahue Peebles, called for De León to resign.

They said in an interview that another councilmember should oversee the approval process for the skyscraper residential and hotel complex they want to build on Bunker Hill and complete in time for the 2028 Olympics.

The project, next to the historic Angels Flight funicular railway, is in De León’s district, and it may not receive the go-ahead from City Hall without his support. But De León and former Council President Nury Martinez — who resigned last week for her role in the scandal — have declined to meet with them to discuss the project for several months, they said.

“We knew they were slow-walking us,” Peebles said in an interview. “It’s like we had leprosy.

“We’ve been trying to meet with De León for seven-plus months,” he said. “We could see Biden or Newsom sooner.”

A representative for De León, Pete Brown, dismissed the developers’ objections as a negotiating tactic. He said the councilman does not routinely meet with developers, to avoid the appearance of favoritism or bias. His predecessor Jose Huizar is accused of orchestrating a pay-to-play scheme by agreeing to accept $1.5 million in bribes from developers who sought his favorable votes to support their projects. Huizar has pleaded not guilty to racketeering, bribery and other charges.

Brown said the developers are using the leaked recording to pressure the councilman to agree to terms that may not benefit public interests.

“The notion that any delays of this project are due to the councilmember and not the developer’s inability to provide a proposal that meets the standards of the City of Los Angeles and the California Redevelopment Agency is outrageous,” Brown said.

“Despite this deeply cynical ploy to give themselves a favorable advantage in negotiations, the council office is committed to continue to work with other city offices toward an agreement that brings a mixed-use project to this long vacant site; following our policy of substantially increasing the provision of affordable housing in all major projects.”

De León, who has two years left in his City Council term, has not publicly commented since he expressed regret after the story broke Oct. 9.

The surreptitiously recorded October 2021 conversation captured Councilmembers Gil Cedillo, Martinez and De León discussing redistricting with a top county labor leader, Ron Herrera. While Martinez made the most overtly racist comments, a chorus of one-time allies and supporters are calling on De León and Cedillo to step down, including Mayor Eric Garcetti and President Biden.

The developers say they now suspect racism was a factor in their inability to connect with De León.

In Friday’s letter, they wrote that De León “met with us exactly once on March 28, 2022, for a mere 15 minutes” prior to a news conference the developers held to announce they had secured city land use entitlements and agreements with hotel and building trades unions.

“As two African Americans who have spent their careers championing inclusiveness, we find his actions offensive to ourselves and the number of dignified, qualified, respectable, and proud individuals of our culture.”

The response that it’s not De León’s policy to have direct contact with builders came as a surprise to Peebles, he said.

“Every time we asked to meet with him they said he is not available, not ready to meet at this time or we will get back to you,” Peebles said. “They never indicated it’s because he doesn’t meet with developers.”

The developers acknowledge that De León’s staff has met with them as they try to advance the project and reach agreements on sticking points such as tax breaks for hotel development and a provision for the city to repurchase the property at an agreed-on price if city officials decide to stop the project. But progress on large-scale development typically requires personal contact with top civic leaders and the principals of the project, Peebles said, and is a matter of course in other cities where he builds. De León has not consented to a phone call or meeting in person or online, he said.

“It’s inexplicable,” Peebles said. “He’s either grossly incompetent, negligent or he is saying Black people have too much.”

Allies of the councilman, many of whom requested anonymity in order to speak candidly to The Times, said they were deeply disappointed that De León did not object to Martinez’s racist slurs and that he described Councilman Mike Bonin as using his Black son as a prop comparable to a designer handbag.

Fabian Núñez, a former Assembly speaker who is close to De León, said, “Kevin is not a racist,” while acknowledging that what he did say was inappropriate and that he should have objected to others’ remarks.

Peebles and MacFarlane said they have been baffled by De León’s apparent unwillingness to discuss the development that could bring thousands of construction and permanent jobs to Los Angeles and his district. The developers have promised to use union labor to build the project and staff the hotel, with agreements in place with union locals that have majority Latino membership.

The developers have secured environmental approvals to build and made affordable housing commitments that De León sought after he took over the downtown-to-Eagle Rock District 14 in 2020.

Peebles and MacFarlane said they are frustrated that even after clearing the bar to receive city construction entitlements that they haven’t been able to get a preliminary agreement from the city called a term sheet — a necessary step toward a final development agreement that would let construction begin.

“This should have been done years ago,” MacFarlane said.

Real estate developers typically anticipate it will take 18 months or more to secure approvals to build in Los Angeles, but complicated projects on the scale of Angels Landing can take much longer to break ground.

It took more than a decade for developers of the Grand LA, a $1-billion complex on Bunker Hill designed by architect Frank Gehry, to secure approvals and enough financing to start work in 2018. The Grand’s hotel and apartment towers were completed last summer, but its retail portion with restaurants and shops has yet to fully open.

“Major, complex projects like this always take a long time,” said Nick Griffin, executive director of the Los Angeles Downtown Center Business Improvement District speaking about Angels Landing. “And we certainly hope that our local representatives are supportive of moving the project forward as expeditiously as possible.”

“We had a $120-million redevelopment of an abandoned building in his district and he never once tried to meet with us,” Rising said.

The City Council granted Peebles and MacFarlane an exclusive negotiating agreement in 2017 to develop the city-controlled Angels Landing site at Fourth and Hill streets next to Angels Flight. The pair are majority owners of Angels Landing Partners, which is responsible for building and operating Angels Landing.

Its 2.2-acre location on a barren hillside was originally expected to hold the third office skyscraper in California Plaza, where the second of two towers was completed in 1992. By that time, however, downtown’s financial center was substantially oversupplied with offices and new development came to a halt.

Angels Landing is to have two hotels, one in each tower. Operators have not been named yet, but developers hope one will be a four-star hotel with 255 guest rooms and the other will be a five-star luxury hotel with 260 rooms.

Housing at Angels Landing, including 180 condominiums, is to be deluxe, with what MacFarlane called “aspirational” prices reflecting the cost of high-rise construction in an urban center that includes excavation to build underground parking and the complex’s foundation on the sharp slope of Bunker Hill.

The developers agreed to subsidize rents for 78 units at various levels of affordability for low- to moderate-income tenants. That total is to include 13 of the 252 apartments on-site and another 65 units at a separate location in central Los Angeles yet to be selected.

MacFarlane has built two upscale apartment complexes near the Angels Landing site in recent years, including the high-rise Park Fifth Tower next to Pershing Square, which includes a rooftop swimming pool and recreation deck with skyline views.